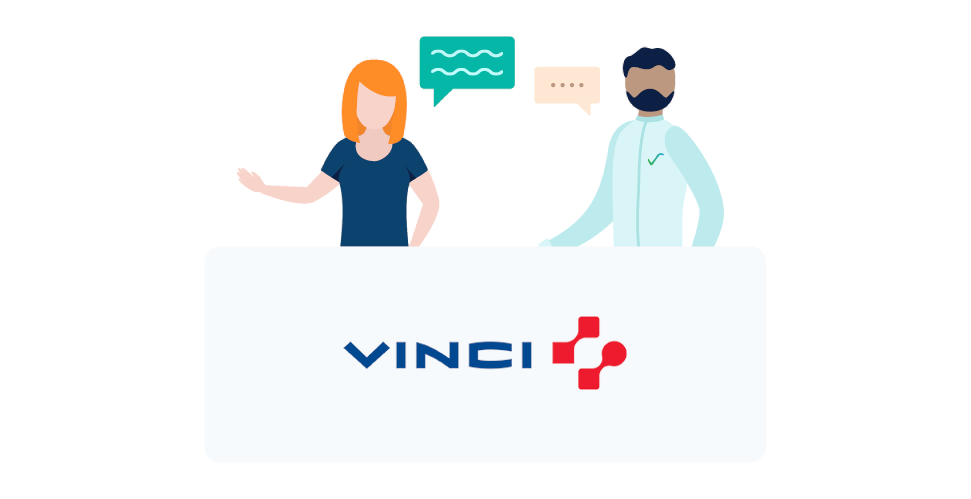 Following a restructuring, one operational division in France’s leading construction company, namely its residential building arm, DO Habitat, in the Greater Paris region, wanted to undertake a Profit Recovery exercise to unearth any double payments that might have occurred because of the restructuring. Thanks to Runview, VINCI Construction France’s DO Habitat Ile-de-France division was not only able to identify errors and recover the amounts in question, but also to gather valuable information about other aspects that will enable it to improve its processes in future.

As regards accounting, there are some errors the existence of which is unknown, and others – connected to unusual circumstances – that are known about, but without always the possibility to correct them straight away. Profit Recovery is a means of dealing with such errors after the event. It was with this in mind that DO Habitat Ile-de-France sought Runview’s expertise.

A subsidiary of VINCI Group, VINCI Construction France is the country’s leading construction and public works company, with revenue of €4.9 billion and more than 19,000 employees. Its business activities extend to all areas of construction, civil engineering, utilities networks, various specialist business lines and property development. VINCI Construction France is organised into a number of operational divisions (“DO” in French, in the division’s name), including a residential building division in the Greater Paris region, DO Habitat Ile-de-France, which is home to four separate companies. It targets residential construction contracts in the Ile-de-France (Greater Paris) region. The division employs 1,100 people and generates €500 million in revenue.

Its accounting operates as an SSC (Shared Service Centre) with one accounting department divided into different teams, one of which is in charge of accounts payable. Its workload is sizeable, with some 90,000 supplier invoices processed every year.


Restructuring as the underlying cause of irregularities

After a first audit run in 2015 at GTM Bâtiment, it was against a backdrop of substantial organisational changes that DO Habitat Ile-de-France decided to conduct a fresh audit in 2020 to cover the financial years 2016 to 2020. “The group underwent a legal restructuring in 2017, with the aim of constituting divisions that operate in just one area of business. This entailed asset transfers between companies in the Greater Paris region,” explains Serge Rolland, accounting manager at Habitat Ile-de-France.

Operations of this type, being so unusual, rarely have no impact on the smooth running of accounting processes. “So, we knew that we had probably paid certain invoices twice,” the accounting manager explains.

It was in response to this specific problem, and to “find out the truth” about double payments to suppliers resulting from the restructuring, that the division planned the Profit Recovery exercise.

Runview was appointed to conduct it. “I thought that, thanks to its mathematical models and its way of addressing the issue, Runview would be able to meet our requirement,” Serge Rolland says. Given the heavy workload in the accounting department, there was no time to conduct any examination in-house. “Using Runview was the solution that gave the best reward for the least effort,” explains Serge Rolland who, even disregarding the restructuring, was keen on getting an outside view of his department.

“Day-to-day, we don’t necessarily have time to take a step back and analyse WCR items. This audit was an opportunity for us to gather some indications for the future, and identify methods or processes that we could improve, or indeed those that were already just fine.” Runview was therefore appointed to analyse the accounts records for three entities in the operational division, covering financial years 2016 to 2020, or more than 900,000 accounts entries, looking for supplier overpayments and overlooked input VAT.

The first step was DO Habitat Ile-de-France sending Runview the File of Accounting Entries (production of which is a statutory requirement in France for tax purposes) for the years being audited. The file was analysed using software developed by Runview incorporating data-mining algorithms and artificial intelligence, to report all the potential irregularities found. Runview consultants then travelled to DO Habitat’s offices to confirm them. “We gave them access to our ERP system and our supplier invoice approval workflow, and we left them to work for a few days,” Serge Rolland explains. “Our staff noticed that they familiarised themselves with our system very quickly.”

The consultants then approached members of the accounting department to ratify the errors detected. “That meant a little bit of work for us, but it was in a good cause,” the department manager says. Although the accounting department did report a few areas for improvement in the platform Runview provided for ratification of its findings, they also emphasised the quality of the relationship with the consultants. “Our dealings with Runview ran smoothly and all concerned worked well together, with great communication with the consultants,” Serge Rolland emphasises.

The Profit Recovery project also involved a circularisation exercise with more than 300 suppliers. “I gave Runview permission to contact third parties to request extracts from their general ledgers in relation to transactions with us, to find any credit notes of which we were unaware,” the accounting manager reports. A dedicated Runview team took charge of contacting suppliers and sending reminders. “I was impressed with their 76% response rate, and by how the circularisation exercise brought to light a great deal of information to our benefit,” he says approvingly.

Runview’s teams took charge of requesting and organising the reimbursement of credit notes and double payments. At the end of the assignment, DO Habitat Ile-de-France was given a detailed summary report. It summarised the findings and provided details about the origins of the irregularities. “This final audit report was put together well; it is a summary, but with details,” is Rolland’s considered opinion

This Profit Recovery exercise was very worthwile and enabled us to see things differently.

The amounts recovered exceeded expectations. “Even knowing there was money we were owed, I was impressed,” says the accounting manager, who believes the findings were comprehensive. “The power of Runview’s system led me to think that everything was examined and collected. Even when an invoice reference was spelled differently, the system reads everything and can detect when one has been logged in our accounts twice.”

The audit was also productive in terms of VAT, with some €141,000 claimed back, and un-used credit notes, with €171,000 found including during the circularisation exercise, all over five years.

While recovering double payments connected to the legal restructuring enabled the accounting department to draw a line under its consequences, the other findings are of great interest for the future. “I had not anticipated uncovering the VAT issues, which will be useful to us in future. Runview informed us that there were points where corrections needed to be made, including as regards VAT on motorway tolls, parking, and fuel,” explains Serge Rolland. The information goes further, revealing the origin of certain accounting errors. “It enabled us to watch out for the instructions we give trainees,” he points out.

The results of the circularisation exercise, meanwhile, are likely to lead to increased monitoring of some suppliers. “We have details of companies that, deliberately or otherwise, failed to send us credit notes. If we spot repeat offenders, we will watch them more closely in future,” the accounting manager says, highly satisfied with Runview’s service.

“This Profit Recovery exercise was very worthwhile, and enabled us to see things differently,” Rolland concludes, convinced of the benefits of exercises of this kind, regardless of any events that might have disrupted the smooth running of the accounting department. “It shed new light on our processes and opened our eyes to matters that we did not necessarily have time to look at routinely,” says the man who has already made himself Runview’s unofficial ambassador to his counterparts at VINCI Construction France. Two other assignments are consequently either in progress or about to start in other VINCI operational divisions.

Through its Runview audit, Alten was able to confirm the soundness of its accounting processes against a backdrop of ...

SEB Group confirms it has control over its accounting processes

SEB Group’s Finance Department appointed Runview to conduct an audit of its accounts payable, as it was aware errors ...