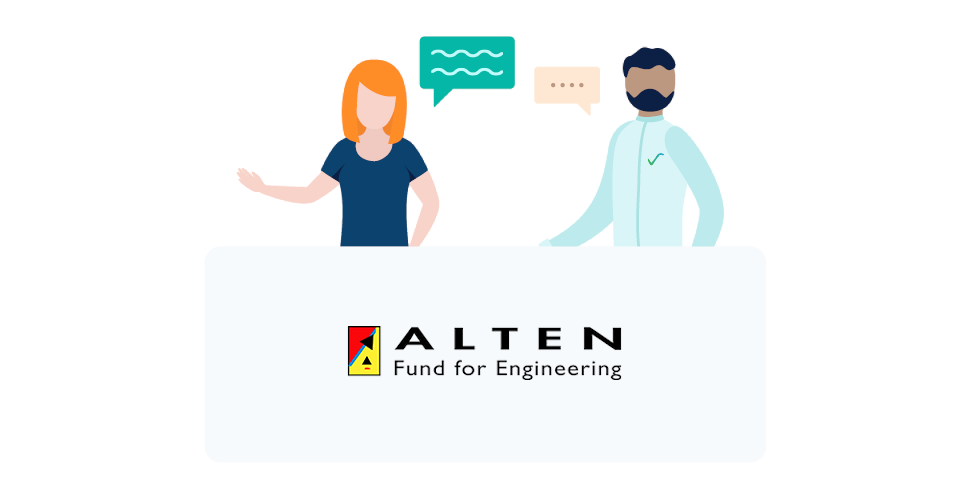 Through its Runview audit, Alten was able to confirm the soundness of its accounting processes against a backdrop of rapid growth in the SSC’s activities, the switch to paperless invoicing, and significant staff turnover.

Those running the accounting function in large firms have to deal with many priorities and issues. While its usefulness is not in dispute, the launch of yet another project, in the shape of an audit, might be hampered by fears over lack of time. Consequently, it was mainly Runview’s promise that the assignment requires very little of their time that persuaded Alten to appoint Runview to conduct an audit of Alten’s accounts payable.

A French engineering and technology consulting company, Alten provides engineers to help businesses with their innovation plans and R&D. Present worldwide, this digital outsourcing contractor supports organisations in all sectors of the economy, including healthcare, IT, banking, aerospace and manufacturing. Formed some thirty years ago, it generated revenue of €2.6 billion in 2019 and at the time had more than 37,000 employees.

The group’s accounting is handled by a shared services centre (SSC) that uses SAP. The scope of the SSC’s work has expanded gradually over the last ten years, and it now encompasses some twenty companies, including one in the UK, one in Spain and another in Morocco. At the same time, and in proportion to Alten’s growth trajectory, the volume of invoices to be processed has increased, from 47,000 in 2011 to 116,000 invoices in 2019. Alten also switched to paperless invoicing a few years ago. “We wanted to check that despite this change in the number of documents to be processed and the staff turnover seen in our team, our processes were still working. We thought it would be useful to appoint external auditors to run this check,” explains Franck Labourdette, the group’s subsidiary ledgers manager.

Alten appointed accounting data-mining specialist Runview to conduct the audit, persuaded by both the consultants’ independent working and the methodology they follow. “We had never carried out an analysis of this type and never had an audit that went so far in the search for overlooked input VAT and double payments,” Franck Labourdette says. However, as the audit approached, Alten’s staff had no particular concerns. “We have internal checkpoints for some transactions, so we thought those were relatively secure. We hadn’t identified any risks in any particular areas. The aim was really to check that we hadn’t missed something,” the subsidiary ledgers manager continues.

The Runview assignment covered the financial years 2014 to 2019 for Alten SA, the group company that incurs the highest expenditure. In total, more than 270,000 accounts entries representing more than €1 billion including VAT needed to be analysed. The assignment started in July 2019 and ended 5 months later. “The audit was relatively transparent in terms of additional workload for our employees,” comments Séverine Perraud, Group head of accounting and consolidation, approvingly.

Runview consultants were provided with workstations giving access to the ERP system. Having sifted the accounts entries from the various financial years through their own data mining and artificial intelligence software, Runview was consequently able to view Alten’s documentation, serving to corroborate the reality of the irregularities found. The findings were then submitted to the Alten team for ratification using a special web platform, the Exaus© client portal. “We had a list with the information for each scenario enabling us to quickly find details for an issue raised, an attachment or comment for example. The information was very clear and everything was done to enable an irregularity to be quickly ratified or rejected,” stresses Franck Labourdette, who also highlights the system’s easy learning curve.

To supplement their analysis and in particular find any unrecorded credit notes, Runview consultants also conducted circularisation exercises, asking 53 suppliers to participate and securing a 94% response rate. “We run circularisation exercises regularly with some suppliers but as our supplier base is highly fragmented, we concentrate on those with the largest purchase volumes,” explains Franck Labourdette. In contrast, the suppliers circularised by Runview were selected not only for their purchase volumes, but also their area of business and Runview’s past experience as a recovery audit specialist.

Once over-payments were identified and ratified, a Runview team specialising in recovery took charge of securing reimbursements from the suppliers. “You can tell they are used to dealing with this area and their tracking was highly effective,” the subsidiary ledgers manager continues.

The audit’s final findings proved very reassuring for Alten’s staff. A total of €70,000 was recovered as a result of the assignment. “Relative to our volume of purchases, this figure is fairly low and shows that overall we have very few irregularities,” Franck Labourdette observes. The error rate found at Alten is in fact a great deal lower than the average of those found at Runview client firms.

As regards VAT, 79% of the €52,000 recovered concerned VAT on rental charges. “Charges had been recorded with no proper analysis on our side,” Séverine Perraud explains. So while it was possible to claim back the VAT, it had not been done, although Alten employees regularly checked. “But we clearly don’t have the time to analyse the details of each rental charge payment in any depth, and the comprehensiveness of Runview’s analyses is where its strength lies,” Perraud says. An internal memo was issued at the end of the audit to avoid such oversights being repeated.

As regards double payments, although very little gets past the SSC staff, Runview’s audit did also provide explanations of the irregularities found. “SAP doesn’t usually allow duplicates unless the invoice reference numbers are entered wrongly. As it happens, most of the double payments identified arose from employee carelessness, through data entry errors,” Franck Labourdette points out.

It was a positive exercise for us. Although the amounts recovered are not that substantial, they nonetheless represent revenue that would have been lost had we not conducted the audit.


Confirmation of the process

Generally, the subsidiary ledgers manager is highly satisfied with the audit. “The results showed that our processes are sufficiently robust to cope with staff changes, which was an important point to check from my point of view,” Labourdette notes, while also appreciating the independence of Runview’s consultants. “I am used to working with external auditors for our accounts and they rely on us a great deal to check their data, which is entirely normal. I genuinely thought this audit would take more of my time,” he admits.

Séverine Perraud is equally satisfied. “It was a positive exercise for us. Although the amounts recovered are not that substantial, they nonetheless represent revenue that would have been lost had we not conducted the audit,” she reiterates.

Alten is therefore planning to regularly repeat the exercise in years to come, and perhaps to broaden the scope to other group companies. “Our company is growing rapidly, our systems are changing. The fact that not many irregularities were found this time does not mean that there will be no problems in future. Running analyses of this kind every 4 or 5 years provides reassurance that errors have not been missed during the period concerned,” Franck Labourdette concludes.

Shipbuilder Chantiers de l’Atlantique made use of Runview’s services to check that its processes are operating ...