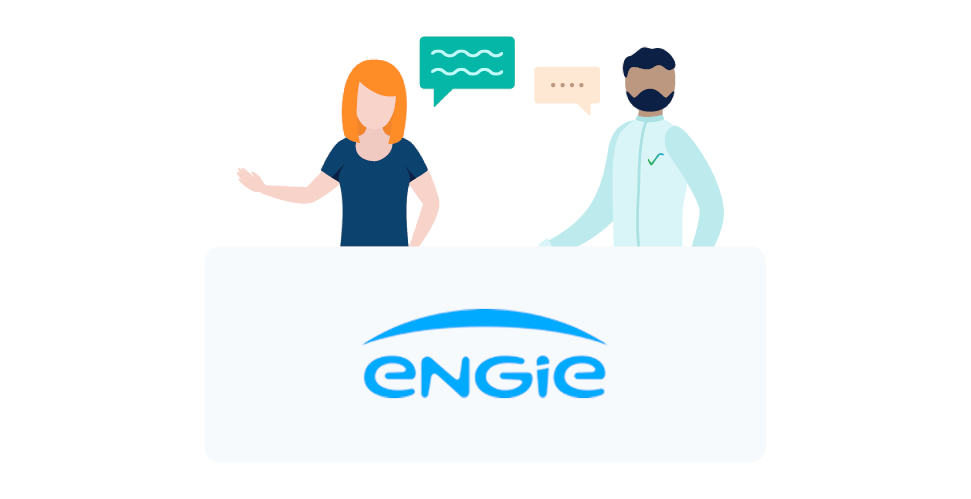 Audits forging a relationship of trust between Engie and Runview

While there is no such thing as zero risk with regard to double payments to suppliers and unclaimed input VAT, a recovery audit makes it possible to identify and correct errors in the relevant procedure. This was the viewpoint that induced Stanislas Renaudin, the Chief Accounting Officer at one of Engie’s shared services centres (SSC), to decide to make regular use of Runview to audit his accounts payable.

Engie is a major name in world energy, operating in the electricity, natural gas and energy services sectors. Present in 70 countries, the group has 112.7 gigawatts of electricity generating capacity. Unequivocally committed to energy transition, Engie supplies natural gas and green electricity to residential and business customers. The group has 153,000 employees and generated revenue of €67 billion in 2016.


First audit against a backdrop of change

The merger between GDF and Suez, which gave rise to Engie, also entailed a merger of a number of accounting departments. A reorganisation of the accounts payable department of AccIS France, one of its shared services centres (SSC), was considered. In addition, the group changed its order management system, and moved to paperless billing to standardise invoice processing.

“We decided to audit our accounts payable to test our processes, targeting double payments and lost deductible VAT, which are a dead loss for the company,” says Stanislas Renaudin, Chief Accounting Officer at the AccIS France SSC. At the time, he wished to review the processes in order to make them more reliable and to curb potential losses as much as possible. Engie heard about Runview’s service and appointed it to conduct a first audit in 2011.

This was a first for Engie. The internal control processes of the energy giant’s accounts payable system are already audited by the external statutory auditors. They test the process for detecting double payments and warn staff about the relevant accounting entries. However, they do not run an in-depth analysis, as this falls outside the scope of their assignment. In contrast, Runview was appointed to conduct a specific, in-depth audit intended to detect and recover double payments to suppliers and lost deductible VAT.

The first audit conducted by Runview dates back to financial 2007; others have followed subsequently, with an ever-broadening scope. Runview is also tasked with running circularisation exercises, consisting of reconciling Engie’s accounts records with those of its suppliers, with the aim of pinpointing any potential “pending” amounts the latter might hold.

Experts then investigate the source of errors by checking the corresponding invoices. “They make appointments to visit our premises for a few days to locate documents. The consultants work very independently,” notes Philippe Dos Santos, the AccIS France Accounts Payable Manager, approvingly.


Relevance of analysis and professionalism

Runview then send Engie a detailed list of the anomalies found, so that Engie can ratify them. “Our checks showed that Runview’s analysis was extremely reliable,” says Dos Santos.

After ratification, consultants take responsibility for recovering double payments made. “This is sensitive work that they perform very professionally; we have not received any negative feedback from our suppliers,” Stanislas Renaudin reports.

Each of Runview’s various audit assignments have enabled Engie to recover significant amounts. Thanks to these analyses run over a number of financial years, Engie has recovered €5m on input VAT and €2m relating to double payments to suppliers. The circularisations performed resulted in more than €1m worth of credit notes being generated.

“The findings for double payments matched what we were expecting. They should be viewed from the perspective of Engie’s total procurement, which amounts to billions of euros,” Philippe Dos Santos points out. In fact, Runview’s efforts showed that the level of errors found at Engie are similar to those found in industrial companies as a whole. “We were however very surprised by the results in terms of VAT,” he continues.

The scale of the amounts recovered also testifies to the consultants’ expertise. For example, they uncovered VAT on fuel, legitimately claimable but nonetheless overlooked because it is difficult to spot. “Runview didn't go by the complexity of the invoices. Their teams contacted our internal buyers to retrieve source files for invoices, of which we only had the first page, in order to be able to identify input VAT,” Dos Santos explains.

We recover significant sums from double payments and VAT with every audit.

At the end of each assignment, Runview provides Engie with a detailed report and presents its findings. “This enables us to go back to the source of our problems and understand how to improve our processes,” Stanislas Renaudin notes appreciatively.

For example, Runview ran an additional analysis on the origins of double payments to suppliers. “This showed that 70% of errors arise from cases where the Procure-to-Pay process has not been followed. This information is used in our internal communication to buyers and instructing parties about the importance of following the order-invoice procedure,” the AccIS France CAO is keen to stress.

Very satisfied with the results, Engie now makes recurring use of Runview’s services. “We recover significant sums from double payments and input VAT with every audit. As there is no such thing as zero risk, running new audits enables us to find any new errors there might be,” Stanislas Renaudin explains.

Engie and Runview have forged a relationship of trust as the audits have progressed. Engie’s accounting managers emphasise in particular how well prepared Runview’s consultants are before an assignment starts. “When one of them is working on Engie for the first time, they already know the processes by heart when they arrive. It is very unusual for us to have to explain anything again,” Philippe Dos Santos says by way of an example, stressing Runview’s independent and unobtrusive methods.

“Another strength is how they continuously suggest ideas to improve how the audit is conducted. For example, to begin with, the anomalies found were presented for ratification in an Excel spreadsheet. Runview has since developed the Exaus© Client Portal web platform, making processing and ratifying anomalies much easier. I am certain that by the next audit, the system will have been improved further,” predicts the Accounts Payable Manager.

Runview’s ability to instigate other changes is an additional positive aspect highlighted by Engie. “They are able to draw our attention, at no extra charge, to points to watch outside the scope of the audit, such as cases where we claim back input VAT that we should not,” Philippe Dos Santos says. Such strengths are much appreciated, which explains the durability of the relationship between Engie and Runview.

Engie deals with those errors that can never be fully eliminated

Engie Belgium uses Runview to conduct expert reviews with the aim of finding any irregularities in its accounts payable ...

Elivia confirms the quality of its accounting procedures

With help from Runview, the company was able to confirm that its accounting procedures are running properly following a ...

To identify any residual irregularities lingering within its accounting records despite internal audits and robust ...