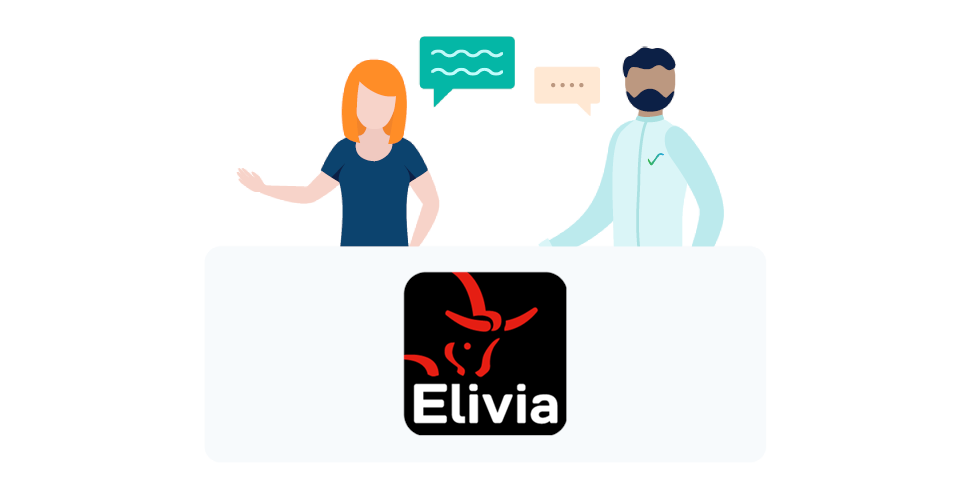 Elivia confirms the quality of its accounting procedures

With help from Runview, the company was able to confirm that its accounting procedures are running properly following a major reorganisation, and note one aspect requiring improvement, while retaining end-to-end control over events.

Undergoing an audit to assess the quality of its work and bring about improvements if needed: this was the mindset with which Elivia appointed Runview to conduct an audit of its accounts payable. “We believe wholeheartedly in the continuous improvement process,” explains Dominique Meslet, the chief financial officer (CFO). “To our minds, an audit, regardless of its findings, should help us to progress,” adds Abdelaziz Chaachoui, the accounting manager.

France’s second largest beef and veal producer, Elivia is the meat division of the farming and food processing cooperative Terrena. Its main business is meat slaughtering, deboning, butchering and processing, for France’s domestic market and for export. The company works for retail chains, wholesalers and the restaurant/catering trade. Its main brands are “La nouvelle agriculture”, “Sourires de campagne” and “Tendre et plus”, and the firm also runs a leather production business.

Elivia generates approximately €920 million in turnover per year, and has 2,500 full-time employees and temporary staff, plus around 400 piece-rate workers, working on about fifteen sites around France. In 2015, this meat specialist merged its various companies to form a single unit, to which 14 permanent establishments then reported. Each establishment continues to do its own accounts, with just a few exceptions, and these are then consolidated centrally.

In early 2020, Elivia appointed Runview to conduct an audit of its accounts payable, mainly to check the consistency of the work carried out by the various accounting departments. “We were not particularly focused on recovering any lost cash. The main purpose of this audit was to check our internal procedures,” Dominique Meslet points out.

Runview’s approach, examining both supplier over-payments and overlooked input VAT, attracted the interest of Elivia staff for a number of reasons. “While it was previously not possible to enter the same invoice twice, following the merger into a single company the system no longer offers a means of checking there are no duplicates at the company level,” explains Abdelaziz Chaachoui.

This merger, a major reorganisation undertaken relatively quickly, was in itself enough to spur Elivia to check that its processes are working properly. They did not anticipate any particular issues as regards VAT. “But it is still interesting to regularly solicit an outside view on how our departments work to check that we have not missed anything,” the manager believes.

The Runview assignment covered the financial years 2015 to 2019, meaning 733,911 accounts entries representing more than €5 billion including VAT to be analysed. The process began in February 2020 when the file of accounting entries (production of which is a statutory requirement in France for tax purposes) for the relevant years was sent to Runview’s consultants. The consultants then conducted a comprehensive analysis of the entries. Discussion with Elivia made it possible to pinpoint the areas most likely to show irregularities. “Once the question marks were identified, we sent the corresponding invoices using the web portal provided by Runview,” says Abdelaziz Chaachoui, who says users quickly understand how to use the system.


Ratification of irregularities and control over events

The same web portal is used by the manager to ratify the irregularities identified by Runview’s consultants. Elivia consequently retains control over events throughout the audit. “Everything Runview does is the result of a client’s decision,” the accounting manager stresses, reiterating that the company could therefore opt not to deal with certain matters, mainly for reasons of commercial goodwill.

Runview also conducted circularisation exercises against a list of more than 200 suppliers, obtaining a very good response rate. “We do not do this automatically. We were therefore able to make the process more secure, including on credit notes where we don’t necessarily have reminders, unlike invoice processing which is relatively straightforward,” says Abdelaziz Chaachoui.

Despite the Covid-19 crisis and the lockdown, the audit continued, ultimately lasting some five months. “We probably could have gone faster, but Covid-19 forced us into some adaptations. At that point, our Runview contacts were very understanding and pragmatic about the situation,” the accounting manager reports approvingly. Moreover, the Runview consultants take end-to-end charge of dealing with the irregularities. Consequently, as regards the few over-payments to suppliers identified, Runview took care of collecting reimbursements. “We are very happy about the fact we did not have to get involved with our suppliers directly, and that a third party took charge of the process,” he says.


Reassuring findings with one source of errors identified

The audit ultimately revealed a limited number of irregularities in Elivia’s accounting records. The amounts recovered were therefore small in comparison with the amounts being analysed, which is good news for the CFO and the accounting manager. “These findings confirm that our employees are performing well,” reports a pleased Dominique Meslet. The bulk of the irregularities were from a single type of error, concerning one highly particular aspect of VAT on invoices in connection with advertising contributions, a specific feature of the agreements between supermarket chains and their suppliers. “People using our management interface were not entering VAT, either because it wasn’t shown clearly enough on these invoices, or because they thought it could not be claimed back,” Abdelaziz Chaachoui explains.

After discussion with Runview’s consultants and confirmation that the VAT was input VAT and claimable, Elivia was able to claim back the amounts in question. “Importantly, the audit made it possible for us to circulate the information so the problem does not arise again in future,” the accounting manager observes.

The audit’s findings, demonstrating the effectiveness of the accounting procedures, were circulated widely in the company. “We reported on the findings to all of our departments and to shareholders to show that our processes work,” says Abdelaziz Chaachoui. “It also supports us in our dealings with our statutory auditors. We can show them we have involved an outside provider, working completely independently and transparently, and then share the findings with them.” Lastly, he says, this audit is also a source of team satisfaction and motivation.

It is quite normal to conduct this kind of audit fairly regularly, particularly if departments are frequently reorganised or staff turnover is high. We also think the procedure should be repeated at Group level to secure the processes, and because of the financial benefits.


Willing to repeat the process

He believes that repeating or even extending the audit in future is a good idea. “It is quite normal to conduct this kind of audit fairly regularly, particularly if departments are frequently reorganised or staff turnover is high. We also think the procedure should be repeated at Group level to embed it, and because of the financial benefits. Although we did not find much, we could say that if we had not done this audit, we would have lost money,” he argues.

A position that is all the easier to defend in Dominique Meslet’s view, as the audit proved to be “no burden”. “The Runview team was very understanding; at no point did we feel under pressure in terms of either timeframes or results. Cooperation on the assignment was great, and ran smoothly. Repeating it therefore can only be beneficial,” he concludes.

Audits forging a relationship of trust between Engie and Runview

While there is no such thing as zero risk with regard to double payments to suppliers and unclaimed input VAT, a ...

A win-win exercise is how Eric Estrabols, the subsidiary ledgers manager at Bouygues Telecom, summarises the recovery ...