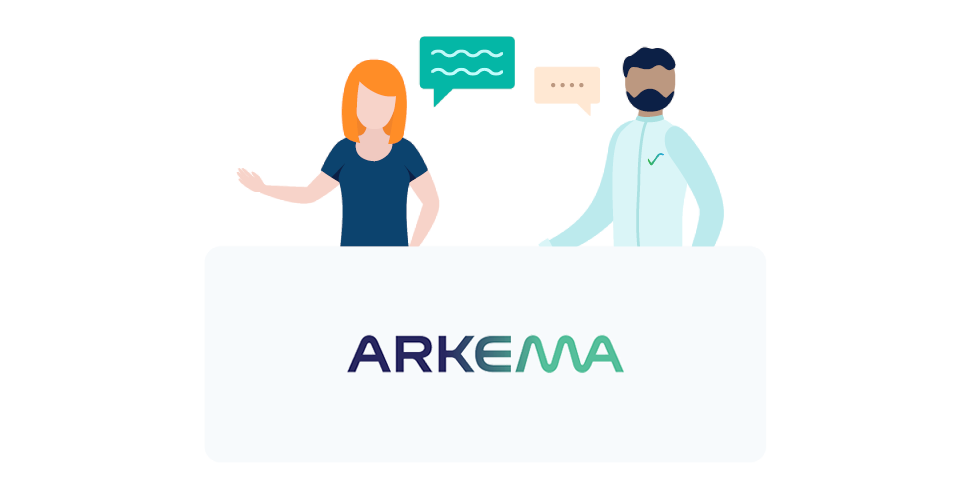 Arkema assesses the supplier SSC and improves its performance

While its role and methods are changing rapidly, Arkema’s shared services centre makes use of Runview’s accounts payable audits to check that its processes are operating properly and as a way to improve working practices.

Many companies have adopted shared services centres (SSC) and such centres are now having to cope with wide-ranging transformations. With new systems and a broader role, their work is constantly changing. “This is why we need to reassess ourselves regularly: to check that our operations are compliant, and to remain alert about points to watch,” believes Anne Guironnet-Rougeon, Head of Accounts Payable at Arkema’s SSC in France. It was this realisation that led her to appoint Runview to conduct a recovery audit of Arkema’s accounts payable.

French chemicals company Arkema is a major name in specialty chemicals and a world leader in several of its areas of business. It produces innovative and sustainable materials that are used, for example, to improve the energy performance of buildings, in paints and furniture manufacturing, and also in the automotive and aviation industries. Present in 55 countries and with 144 production sites, it has 20,500 employees worldwide and generated revenue of €8.7 billion in 2019.

An SSC with a broader role

Arkema has three SSC handling accounts payable: two in Asia, and one in Pierre-Bénite in France run by Anne Guironnet-Rougeon, the Head of Accounts Payable for Arkema France and its European subsidiaries. This unit, employing 38 people, is responsible for receiving, logging, processing and paying invoices for around ten companies. Runview had previously conducted an audit of some of them in 2017. “We were entirely satisfied with that audit, and as the SSC had broadened its scope, we wanted to have another to encompass all the units for which we are responsible,” Anne Guironnet-Rougeon explains.

Runview was therefore appointed to conduct another audit in 2019. It spanned the 2017 and 2018 financial years and eight companies, thereby covering the majority of the SSC’s work. Altogether, there were some 300,000 accounts entries to be analysed. For Anne Guironnet-Rougeon, the main objective was to verify that SSC processes were operating properly, as they have changed a great deal. “We wanted to pinpoint any areas that might need attention, whether in relation to automation or accountant training, and see whether it was desirable to set up ongoing targeted checks,” she explains.

Runview’s assignment began in June 2019 when Arkema sent its accounting entries, which Runview consultants then analysed using their data mining and artificial intelligence software. In the SSC, two people based at Pierre-Bénite were tasked with liaising with the Runview team, with interactions organised remotely. The consultants spent just a few days on Arkema’s premises in Colombes, to gain access to documentary evidence supporting the accounting entries being analysed. This is an aspect which, given the huge surge in remote working during the Coronavirus crisis, is now of great significance. In September, Runview sent the Arkema contacts a list of anomalies identified for ratification, using its secure interchange platform, Exaus Client Portal. “Our team found it very easy to share and compare data, and respond to Runview using this online system,” Anne Guironnet-Rougeon reports.

With Arkema’s approval, Runview then undertook recovery of the double payments it had identified, while the SSC claimed back overlooked input VAT. At the same time, the consultants conducted circularisations with around sixty suppliers. “We had a 100% response rate from the suppliers we asked, and it went very well,” the SSC manager reports, highly satisfied with how the audit was run. “It was conducted quickly and well. The project was very well monitored, with efficient reporting,” she summarises.

Apart from the money recovered, the audit was a rich source of information for SSC colleagues. “Firstly, we were reassured that the overall processes were operating properly, including at our subsidiaries, which at that point had not yet been audited,” explains Anne Guironnet-Rougeon.

The audit also made it possible for Arkema staff to pinpoint areas for improvement. “We discovered that on certain import invoices, the VAT paid by the shipping agent was not claimed back by the accountant,” illustrates Anne Guironnet-Rougeon. As regards double payments, the audit showed that these occurred more regularly with certain suppliers.

The SSC team used the findings reported by Runview to drive progress. “This enabled us to target the suppliers where failings were observed, and to implement ongoing checks on those suppliers,” explains Anne Guironnet-Rougeon. “As regards VAT, we identified the information that needed to be circulated internally, and put some new warnings in place for accounting staff to prevent the same mistakes happening again.”

This strategy was already known to work. Discrepancies identified during the previous audit, including those regarding lost deductible VAT on the company’s catering invoices, were absent in 2019. But while some corrections had already been made, the SSC manager believes conducting the audit was still appropriate: “although in this case, instructions were successfully passed on, there could be turnover in accounting staff and managers, or changes to the type of account with which they work, for example. We are not tax experts and anything out of the ordinary might lead to an error. Hence the importance of regular checks.”

Anne Guironnet-Rougeon, Head of Accounts Payable at the SSC

There are some points we could have found ourselves, but others we could not have detected because we do not have Runview’s tools or methodology. It is important to also get this outside view from a third party auditor.

An invaluable outside view

Apart from information about Arkema’s own errors, and changes in the errors found between the two audits, Runview also gave Arkema invaluable information about the SSC’s relative performance in this area. The final audit report included a comparison of the error rates at Arkema compared with the average level of errors found in businesses audited by Runview. Anne Guironnet-Rougeon, who belongs to professional associations in her field and is used to considering how practices are changing with her peers, believes this benchmarking is a real plus. “We like comparing ourselves with other SSCs. It is one of our objectives, a way of evaluating our operating practices and helping us evolve as our role changes,” she added.

As the audit met all its objectives, Arkema intends to make further use of Runview’s services to continue to improve, and to check that processes operate as they should as and when they change. Anne Guironnet-Rougeon views this approach as complementing in-house quality control procedures. “There are some points we could have found ourselves, but others that we could not have detected because we do not have Runview’s tools or methodology. It is important to also get this outside view from a third party auditor,” she concludes

To identify any residual irregularities lingering within its accounting records despite internal audits and robust ...

Through its Runview audit, Alten was able to confirm the soundness of its accounting processes against a backdrop of ...

Shipbuilder Chantiers de l’Atlantique made use of Runview’s services to check that its processes are operating ...